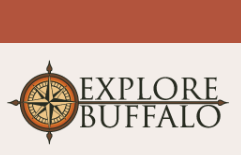 Buffalo has an impressive professional sports history, including an original team in the NFL in 1920 and through the decade of the roaring 20’s. A brand new state of the art stadium, Civic Stadium, was built in 1937 that changed Buffalo’s sports future. Several fledgling pro football leagues had Buffalo teams that played at the stadium and the Queen City finally got its long-awaited return to the NFL in 1970 with the team calling War Memorial Stadium its home.

Buffalo has a long hockey history all the way back to 1940 in Memorial Auditorium and joining the NHL in 1970. The AHL Bisons won five Calder Cups and the Sabres have gone to five Conference Championship Series and two Stanley Cup Finals. And baseball is the oldest professional sport in the city with a unique history all its own.

In addition, Buffalo has been home to some major sports corporations that have had a broad impact in professional sports including; New Era Cap company, Delaware North and Trench Manufacturing. Experience this fascinating sports history and much more through 16 sites on this specially designed bus tour for sports fans.