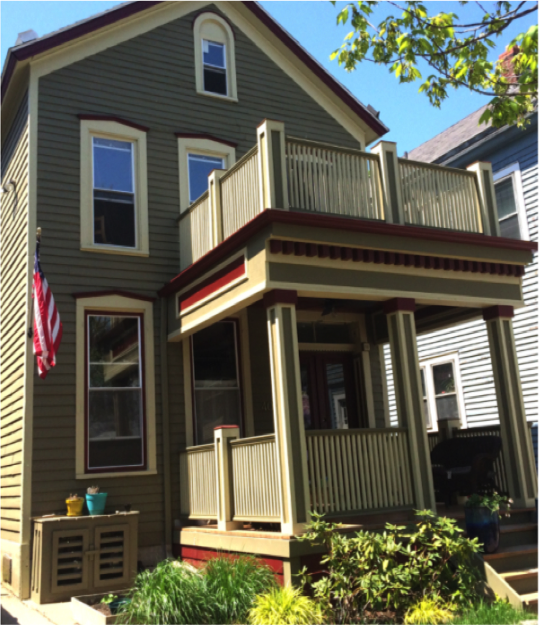 On the hunt for a modest living space that would suit the bachelor and his German shepherd, Dan toured several West Side properties. Ketchum seemed like a decent enough street and the house had potential. Maybe the 20 foot pine tree in the front yard would be a nice addition for the holiday season?

Fast forward a couple years later, Dan had renovated both bathrooms, refinished the floors and had fresh paint on almost every wall. It was time to take on the exterior…

There must have been a porch at some time on the house. So many residents of Ketchum can be found enjoying their porches on a nice summer night. Dan had introduced his now fiancée, Katie, to all that the Elmwood Village and Allentown had to offer. Many hours went into “researching” historic design and color. Dan tapped into his urban planning degree and presented his design to Shamrock Construction. A few months later, the “bones” of the porch were in place and ready for work on the details.

Dan put the finishing touches on the porch, followed by some coats of paint. Katie designed a landscape to compliment the new addition to the house and quickly it became home. Unbeknownst to Dan, Katie didn’t mind taking on new projects. After some sweat equity, the couple enjoyed a renovated kitchen.

The last of the property to be touched was the side and backyard, which they considered their hidden gem in the midst of the fast city life. Designed with the canine in mind, the couple tackled the unequivocal last project this spring and presents our “finished product” to you at Garden Walk 2015. 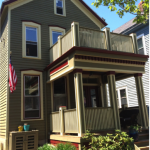 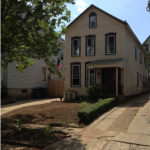 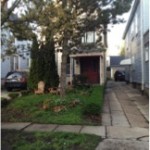 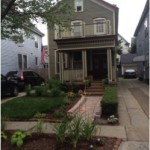 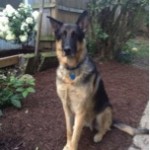