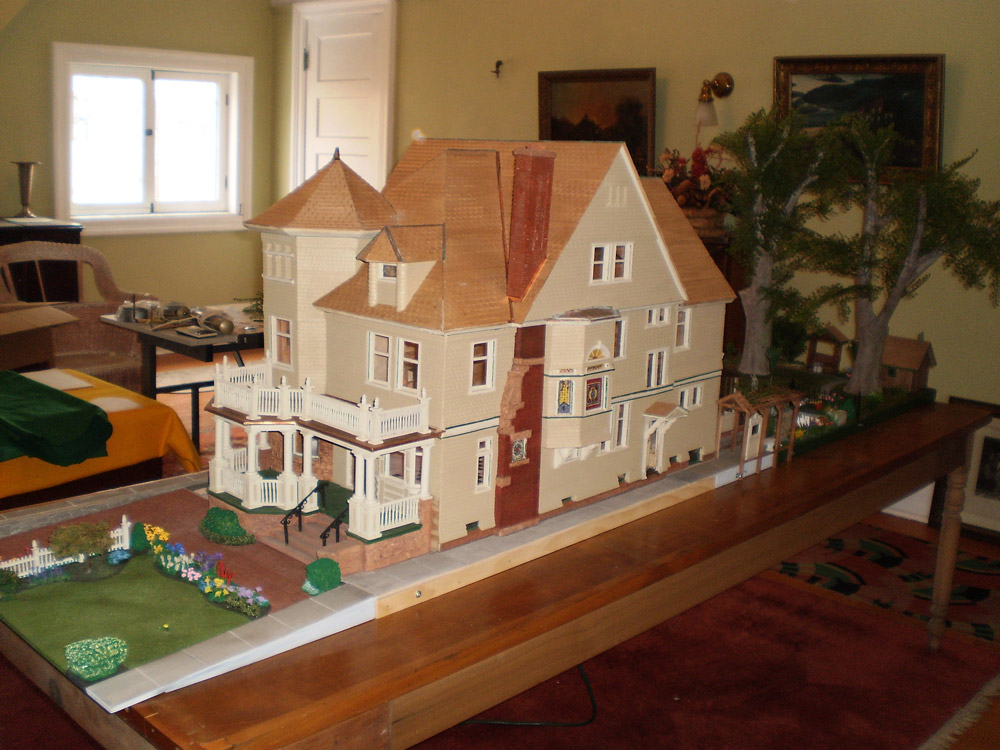 Dom DeFillippo and I became the owners of 20 Norwood at a foreclosure auction on March 31, 1971. We had been inside the house only briefly before that; we were aware that it was not in good condition, but we also knew of its beautiful woodwork and wonderful stained glass windows. It’s hard to comprehend that it has now been our home for close to half a century.

Part of what’s special about living in an old house is to learn and feel its history. The former farmland our house was built on was divided into residential lots in the l880’s, although our lot was first used as a carriage entrance to the Olympic Park baseball stadium, located on the corner of Richmond and Summer from 1884 to 1888.

In 1889 John and Chloe McCann purchased the lot at 20 Howard Avenue (As Norwood was named until 1893) and in 1890 construction began on their new home. McCann was the owner of several publications, including The Buffalo Times and the National Coopers Journal. In 1901, after living in the home for less than 10 years, the McCanns left the city and in the following decades there were a number of owners. At some point, probably in the 1930’s, it became a rooming house, which it continued to be until 1966, when a new owner began “restoring” it to a single family residence. His efforts were somewhat misguided, creating many new problems for the house; eventually the project and the house were abandoned. That led to the foreclosure and our purchase. Since living here we have repaired, rebuilt, restored, repainted or refinished every square foot of the house inside and out.

After several years of making the house livable we were able to begin giving some attention to the yard. Other than weeds and trash there was nothing worth keeping except the two big old maple trees which probably are the same age as the house. The garden has evolved gradually over the years, all of it our own design and construction.

We became part of Garden Walk Buffalo shortly after it began in 1995. Then as now we saw it as an important way of improving our community. During the five years I served as co-chair of the event there was steady growth in the number of participating gardens, but I don’t suppose any of us foresaw where we would be today. It’s very gratifying. Our own garden is one of only three that have taken part for 20 consecutive years.

We consider ourselves not only owners and residents of our house, but stewards with a responsibility to preserve it for the future. We hope, of course, that when the time comes for us to pass that stewardship to someone else, they will come to cherish and care for the house as much as we do.

The photo shows a scale model of our house and garden that we completed in 2014. It took three years to construct: 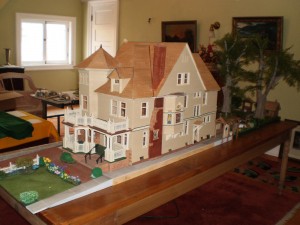