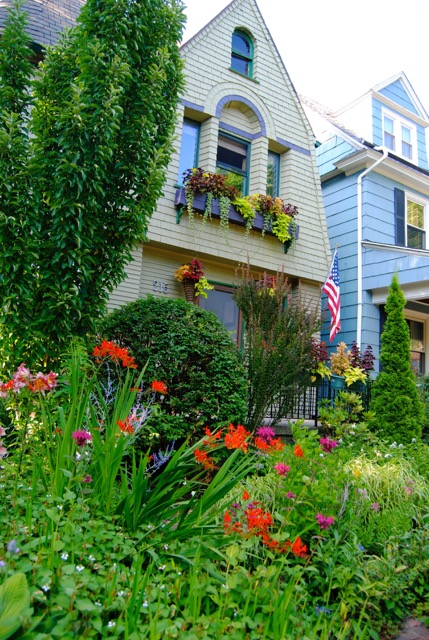 My building story is about building a legacy for Buffalo, one home at a time. And the only homes I have control over are the two I’ve owned since living here since 1984. First it was a Sixteenth Street double for ten years. Now it’s a 1897 Dutch Colonial home since 2001, just steps away from Elmwood Avenue’s shops and restaurants, on Lancaster Avenue.
In the beginning my wife and I lived on “Little” Sumer Street what is now called the Cottage District. Charming neighborhood. Charming neighbors. But t wasn’t what it is today – a Disney-esque garden destination of Civil War-era cottages. It was an out-of-the-way neighborhood with its share of problems – some crime, absentee landlords, and unkempt front lawns that made it look as though some people didn’t care for their homes. This was the mid-‘80s.
We bought a house just one block away, on Sixteenth Street, so we could stay in the neighborhood. Still some of the same problems. But we built a garden on the backbone of the garden established by the senior Polish widow that we bought the house from.
After going on the first Garden Walk Buffalo accidentally with a friend that found out about it from out of town, we said to ourselves, “Our garden looks nicer than some of these, we should get on the Walk ourselves.” So began my garden tourism advocacy.
The next year, we were on Garden Walk Buffalo. The only garden on our block, and about half way down the block. Even though thousands now attended and walked through the ever-improving Little Summer Street a half block away, we would only get a couple dozen visitors. At the time Sixteenth had many absentee landlords; many older, long-time residents that did not have the wherewithal to garden anymore; some drug sales on the far end of the street; occasional crime; and some home owners that just didn’t have much pride in their homes or street. We stayed on Garden Walk Buffalo for a few years, at the same time I got more involved in the Garden Walk Buffalo committee, designing the posters, maps and volunteering where and when I could.
In 2001, we decided to move, not wanting to be landlords – and starting a family. We made the people that bought our house promise to keep it on Garden Walk Buffalo. They were not gardeners. Not only did they do that – but they helped start a block club. Over the years they got more and more neighbors to be on the Walk. The older Italian ladies that didn’t have the money or wherewithal to create and maintain a garden all got front yard gardens, one a year, all created by the block club, with all donated plants from divisions and cuttings. The people that bought my old house were Cindy and Peter Loomis. Cindy took over the presidency/chairmanship of Garden Walk Buffalo after my seven years as president. I tell her the house is cursed forever with garden tourism advocacy.
The block started to look better, there were less absentee landlords, walkability improved, and neighbors got to know each other and spend time with each other – looking out for one another. They applied for Garden Walk’s Marvin Lunenfeld Grants each year, giving them money for beautification projects like streetside planters, light pole baskets for annuals, and even light pole banners of past Garden Walk Buffalo posters. They not only improved the built environment, the built a community. Each year7-12 gardens on the one block are on the Walk. Crime is almost non-existent, home values have improved significantly. My old house is worth about $100,000 more now than what sold it for.
My gardens in the “new” house have developed since 2001, as have my garden tourism connections and credentials. Always building a unique and creative feature for garden visitors each year, we’ve been on the Walk pretty much since we moved in. The 1897 Dutch Colonial with a turret had mostly grass, with foundation plantings. We’ve created a grassless front garden, a planted hellstrip, built a deck and patio, a potting shed, outdoor “kitchen” and added a hot tub. Other features include a marble and granite scrap outdoor “rug”, a Harry Potter Garden, a rise bed parterre garden, a rock garden of rocks collected in our travels, a hanging vertical succulent garden, a copper coral bell fountain in a collection of coral bells, and mirrors and artwork hanging on nearly every fence and every side of the house. The garden has appeared in local magazines and newspapers, as well as Horticulture, Fine Gardening, People Places Plants, Real Gardening, Backyard Gardening, theCleveland Press, the Garden Walk Book, the Garden Walk Bookazine, and dozens more publications and websites and blogs.
I am a self-employed advertising art director/designer (JCharlier Communication Design), working out of a home office. My wife, Leslie, is an international flight attendant with United Airlines.
I write my own garden blog about my garden, as well as other gardens I’ve visited locally and abroad, visit ArtofGardening.org. 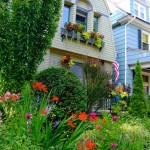 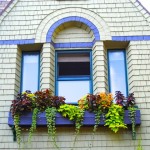 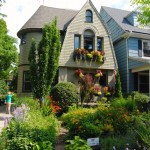 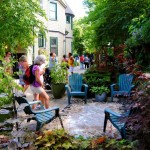 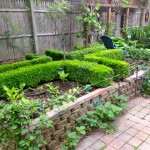 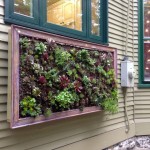 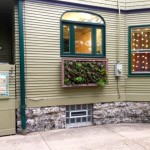 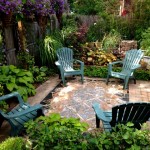 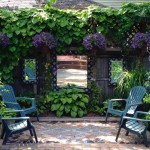 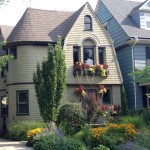 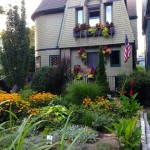 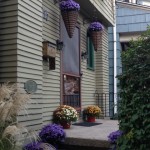 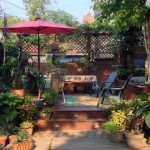 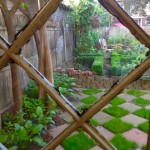 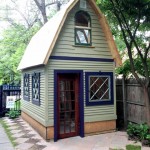